Everyone has culture. However, while we are born into cultures we are not born with culture. Culture is something that we learn. Culture is dynamic and adapts to changing circumstances. Some aspects of culture are our identity; ethnicity, age or generation; gender; sexual orientation; education; occupation and socio-economic status; and ability/disability. Culture can also be used to describe our way of life and the values, beliefs, and attitudes that we use in everyday life. Some definitions of culture focus on art, religion, eating habits, rituals, humour, science, law, sports, ceremonies and so on. It is important to understand that there is as much variation within cultures, as between them and that individuals express their cultures in various ways depending on the circumstances.

When people move to a new country, they often find the new environment is quite different to what they have been used to. They are likely to experience differences in language, dress, food, accommodation, transport, money, weather, lifestyle, attitudes and behaviour. Adjusting to a new place, people and practices can cause feelings of being ‘out of place’, anxious, confused, distressed, frustrated and/or doubtful. Everything is suddenly very different from what they have been used to. Negative feelings are common and different people experience them at different times. It is important to remember this is a very common experience and is often called “culture shock”. Read more about stages of culture shock

Is there an Australian culture?

Australians of whatever background all have culture. But, as for all societies, it is inaccurate to speak of there being one Australian culture. The original inhabitants of Australia are Aboriginal and Torres Strait Islander (Indigenous) peoples who have been living in this country for at least 45,000 years. Prior to colonisation there was no conceptualisation of a single people called “Aborigines”. There were several hundred different language groups on the mainland and two major different language groups in the Torres Strait. So, as for all cultures, there is tremendous variation.

Australia has a population of more than 21 million people and the majority of Australians are of Anglo-Celtic ethnicity, but there are also migrants from over 200 countries around the world. In fact, 43% of Australians were born overseas or have a parent who was born overseas. This makes Australia a culturally rich and diverse society.

Is there an Australian identity?

There are many factors that influence a person’s identity and these include their ethnic and linguistic background. Because Australians are such a diverse population, there are many ethnicities and languages represented as Australian cultures are diverse and dynamic. Many Australians tend to have a relaxed attitude and treat people in an informal manner. This is not to be confused with being disrespectful. However, some occasions are quite formal (e.g., graduations) and, generally speaking, Australians are quite respectful of others’ privacy.

English is the national language of Australia although there are many other languages that are used in everyday life. Anglo-Australians speak English with a distinctive accent and Australians use many colloquialisms (unique expressions), and slang words and expressions. Many international students find these expressions difficult to understand, especially at first, occasionally resulting in misunderstandings. Read more about Australian people, culture and lifestyle

Watch these Videos to find out what students have to say about adapting to a new culture. While you’re watching the videos, think about your own cultural identity and what you can learn from the information in this section that will help you to better understand the process of cultural adaptation. 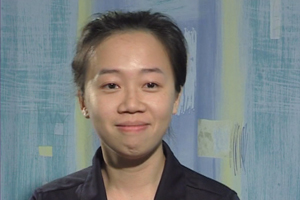 Students
How does your background influence your
experiences in the Australian workplace? 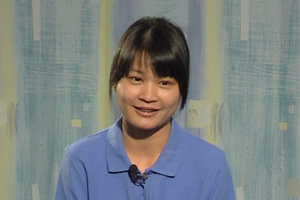 Students
How do you find out about the
Australian culture?